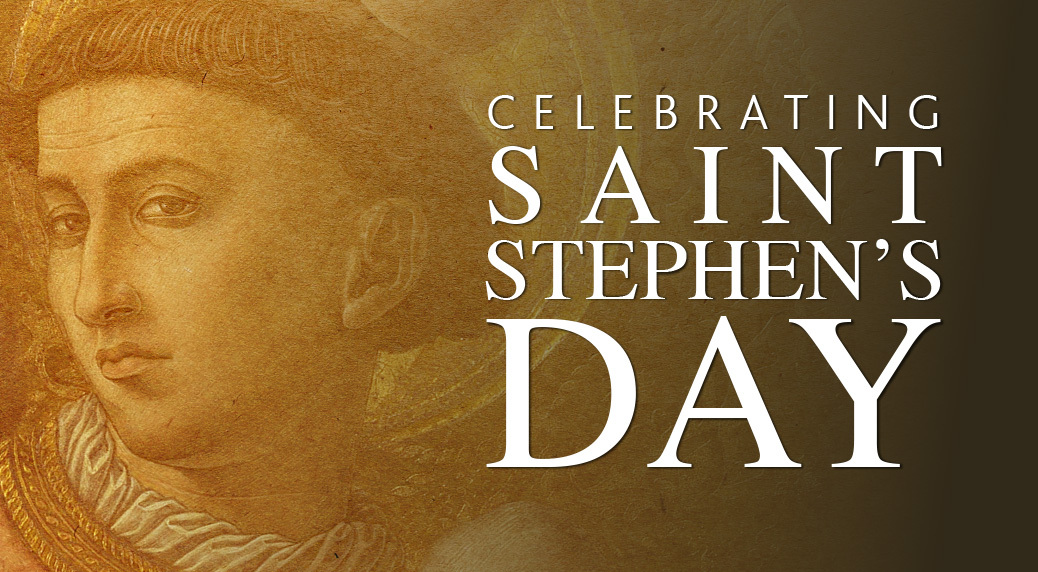 "Good King Wences'las looked out, on the Feast of Stephen,

When the snow lay round about, deep and crisp and even."

Despite only becoming a public holiday in 1871, the Feast of Stephen (Lá Fhéile Stiofáin) has been honoured in Ireland for many centuries and has incorporated some fascinating traditions, the origins of which are now lost in the mists of time.

According to the Bible, Stephen was the first Christian to be put to death for his belief in Jesus. His story can be found in the sixth and seventh chapters of the Book of Acts. Described as a "man full of faith and the Holy Spirit", the disciples entrusted him with the responsibility of distributing food to poor widows in the church. He soon became an outstanding figure within the growing Christian community in Jerusalem.

Stephen's popularity made him a target of religious leaders who had arranged for Jesus to be crucified. In around 34AD, they arrested Stephen and accused him of blasphemy. After preaching an eloquent sermon to his captors, in which he declared that Jesus was now standing at God's right hand in heaven, Stephen was dragged outside the city walls and stoned to death.

Saint Stephen's Day is also known as the Day of the Wren (Lá an Dreoilín) in some parts of Ireland due to local legends connecting his martyrdom with the small bird. Though not mentioned in the Biblical account, the tradition grew that a chirping wren betrayed Stephen as he tried to hide from his persecutors. Another legend is that around 750AD, a wren alerted Viking raiders to the presence of Irish soldiers sent to repel them on St Stephen's Day. This double betrayal sealed the fate of the small bird, who for centuries became part of a macabre ritual every December 26th.

On this day, some would go outside looking for a wren and throw stones at it. The unfortunate creature would then either be tied to a stick or placed in a box, carried through the streets, and taken from house to house. The parade would involve music, singing and dancing, and the children (known as wren boys or mummers) would ask for money in exchange for a wren's feather, which was believed to bring good luck to the household.

Whilst the ritual of killing a small bird on December 26th mercifully ended in the nineteenth century, traditional Wren Day parades continue in some towns every year. An annual Mummer's Festival is held in New Inn, County Galway, and Dingle in County Kerry, and the day remains popular throughout the country for going house-to-house to see friends and relatives.

It is easy to see why Saint Stephen remains a popular figure across the nation. He was an eloquent man who put Jesus' command to love one another into action by redistributing wealth to those in need. His practical demonstration of Christian love is honoured on his holy day, when it became traditional for households to give small gifts of money in boxes to deserving recipients on December 26th. This may explain the origin of the name by which the day is more commonly known - Boxing Day.

As Saint Stephen died under a hail of stones, his last words were to pray for his tormentors and ask God not to hold this sin against them. In doing so, he exemplified the Christian virtues of kindness, servant-heartedness, mercy and love. All the shining gifts that make peace on earth.